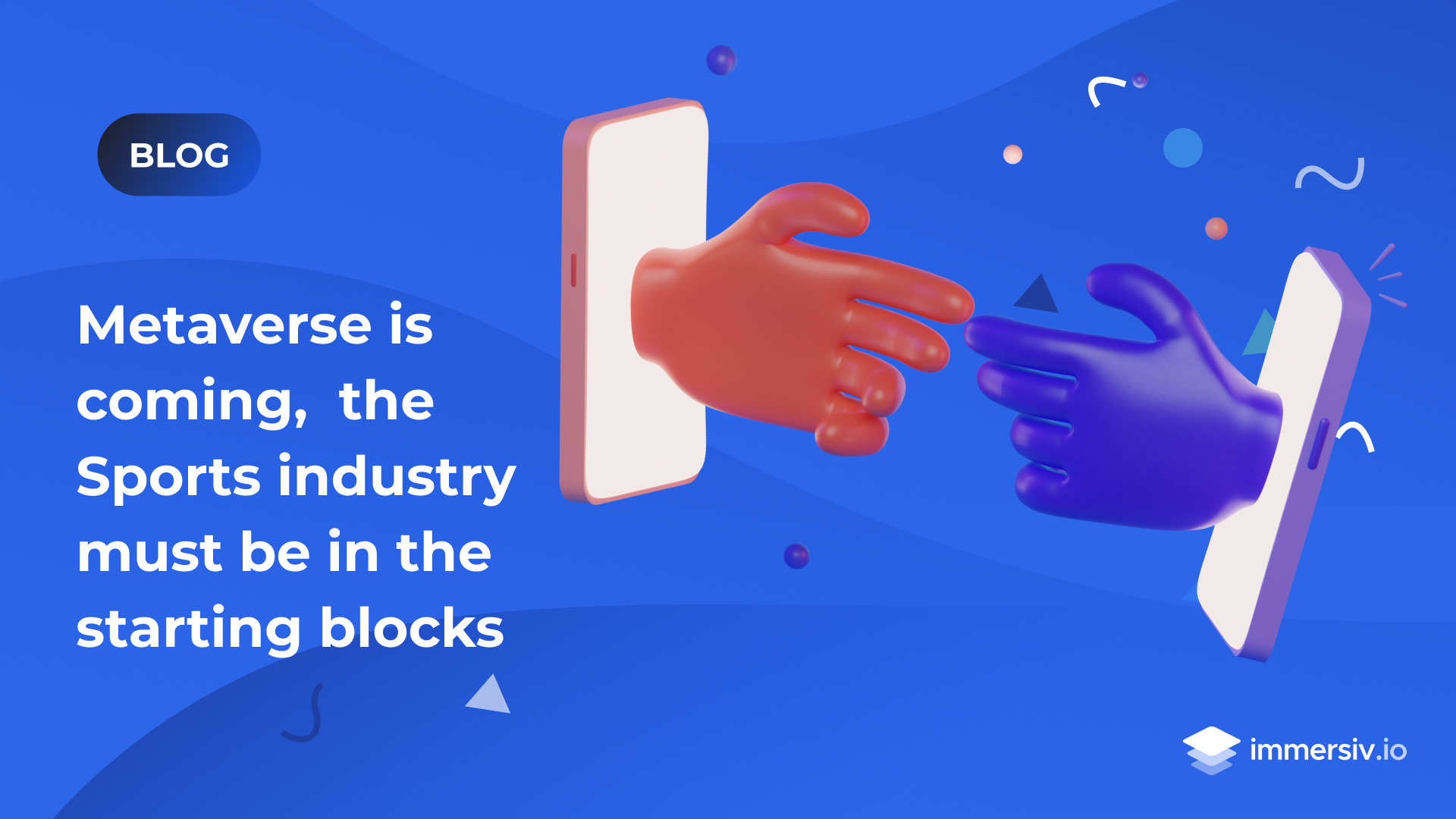 On October 28, Mark Zuckerberg announced that FaceBook’s parent company is changing its name to “Meta”. He explained that this name change aims to give life to the metaverse that the group wishes to develop.

But what’s the metaverse? The word “metaverse”, a contraction of meta – “beyond” in Greek – and universe, first appeared in a novel by science fiction author Neal Stephenson in 1992 to name a virtual world. These last years, this neologism became more and more popular as VR and AR technologies expanded to describe this “new world”, beyond our physical perception of reality that was emerging.

During Facebook Connect 2021, Zuckerberg gave his vision of the metaverse. For him, it’s an “immersive platform, an embodied Internet where you are experiencing, not just watching”. The metaverse will make it possible in the future to attend concerts as a hologram or even meet in virtual meeting rooms with an avatar.

Speaking off, a few days after Facebook Connect,  Microsoft announced the arrival of 3D avatars on Teams, allowing users to attend immersive meetings. This announcement officialized Microsoft’s entry in the metaverse building race.

Among the metaverse announcement, Microsoft also announced it will launch 3D metaverse apps for its Xbox platform, but the question remains on how and when. The company originally demonstrated the potential for Minecraft with augmented reality at the initial introduction of the HoloLens headset, but so far all we’ve seen is Minecraft Earth, a mobile augmented reality mobile game.

Similar projects are in the works by other tech giants – Epic Games, Roblox, Niantic. A day after Microsoft’s conference, Alibaba launched what it claims to be the metaverse ahead of the biggest shopping event in China, Singles Day. Called “Metaverse Art Exhibition”, it’s a virtual space where people can interact, engage, and shop in an immersive environment.

Metaverse can be defined in two ways. On the one hand, we have a completely virtual world existing outside our physical reality – think about Ready Player One. This is the metaverse people think about immediately. The one Meta has emphasized during Facebook Connect 2021. 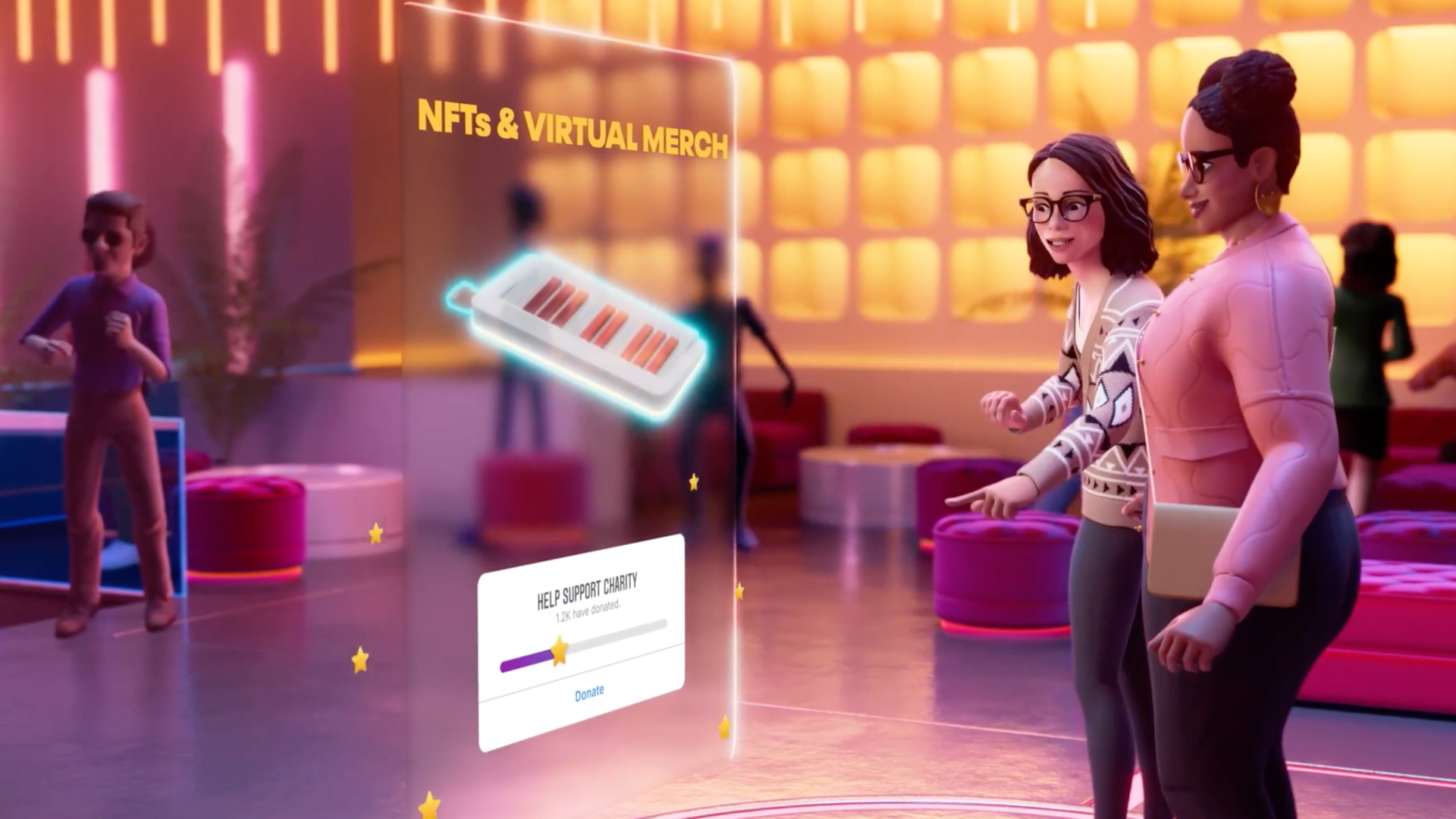 On the other hand, we have a virtual layer coming on top of our reality. MagicLeap calls it the Magicverse, to distinguish it from the fully virtual metaverse. You have to consider the metaverse as a bridge between the Real World and the Digital World. This bridge exists on a large scale, persistently, to connect people. Such a virtual layer can give you live information on the itinerary you must follow. It can stage (historical) stories on buildings and monuments you’re passing by.  It even can animate a stadium entry and give life to mascots or show star players in action. 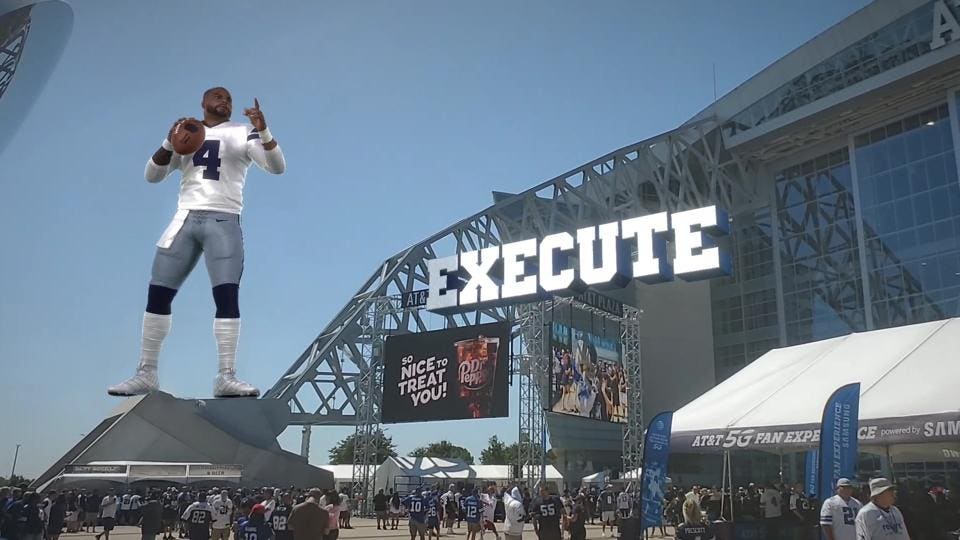 Possibilities are endless for such an augmented world. Your physical reality is not disappearing, it is just digitally augmented.

It’s also the way Niantic sees the metaverse. At a special launch event on November 8, the company announced the release of its augmented reality tools, which features the geo-location functionality which we’ve seen in other Niantic games. Called Lightship ARDK, the platform also brings the company’s real-time mapping technology which allows developers to create multiplayer AR experiences for both Android and iOS mobile platforms.

As the two worlds (virtual and Physical world) are synchronized, you’re not missing out on anything happening around you and you can stay connected to people around you, no matter if they are in the metaverse or not.

But these two definitions of the metaverse aren’t that far from one another. With Project Cambria, Facebook showed that Virtual Reality glasses are on a path towards Mixed Reality. The idea is to recreate the surrounding physical world in the virtual world displayed by the VR headset.

See-through glasses aren’t a new concept: Oculus glasses already present some kind of prototype version of a see-through feature and a few years ago, several tech manufacturers — Acer, Asus, HP, Dell, Lenovo, and Samsung, in partnership with Microsoft, came up with mixed reality headsets. But until now, this technology wasn’t allowing the user to enjoy a smooth mixed reality (MR) experience. Indeed, while Oculus only offers low definition black and white MR, the others made the user feel “see-sick”.

To become a daily used item, people will need to have the possibility to isolate themselves into a virtual world and switch easily to a world more connected to the physical reality when they need to. We must build bridges inside the metaverse, and AR and VR glasses of tomorrow will be the same — just an entry point to a virtual world. As this great article from La Source says: “Metaverse will exist when we will have an always-on virtual environment that can seamlessly layer into our real world with millions interacting with it.”

Eventually, the metaverse will completely transform the way we consume (goods, media, entertainment) and interact – with ourselves and others. It’s the next big thing. And as electricity or the internet transformed our economies and societies, the metaverse will do the same. Brands and public actors have to think ahead and start investing in tomorrow’s technology if they don’t want to risk missing their turn.

A turn you don’t want to miss

Beyond AR, we are more generally switching from a 2D internet to a 3D spatialized and persistent internet. For John Riccitiello, Unity Technologies CEO, “Real-time 3D content”— will account for almost half of all visual digital content by the end of the decade”1. At the same time, we are witnessing a general increase in the amount of time spent online and in virtual worlds. But more important is the de-stigmatization of this time. What was considered weird, or anti-social for some people — like a grown man creating an avatar to play Fortnite, is now largely accepted by society. The pandemic accelerated the progress of the XR industry and was a good first step in its advent. Just look at Travis Scott’s concert in Fortnite last year.

We are already seeing a lot of business investing in the metaverse these last years.

For example, Hollywood is rapidly shifting their productions over real-time rendering solutions such as Unreal and Unity, or developing their own engine. Not only does this improve their efficiency and allow more space for creativity, but also allows Hollywood to produce “virtual backlots”2. What this means is that anything created for the real world is now ready to be transcripted to the metaverse — with limited costs.

The metaverse is now a go-to place, and the tech giants intend to take everyone in with them.

“Even if the Metaverse falls short of the fantastical visions captured by science fiction authors, it is likely to produce trillions in value as a new computing platform or content medium. But in its full vision, the Metaverse becomes the gateway to most digital experiences, a key component of all physical ones, and the next great labor platform.” Matthew Ball said in his series of articles on the metaverse.

Today, the younger generations such as Gen Z or the millennials are watching fewer games and quitting them faster. Sports organizations are struggling with the battle for attention and are competing with multiple other entertainment options. To keep fans engaged and to continue creating lifelong loyalty and passion for their favorite teams, they need to innovate and adapt to fulfill the needs of the younger generations: interactivity, personalization, and sharing with other fans.

The fan experience brought to a fever pitch

Just like Hollywood and Disney did, sports organizations need to understand this incoming metamorphosis of their ecosystems to make their stories live in this new world and in the heart of the fans.

Check out our new mixed-reality panther that debuted today 🔥🔥🔥 pic.twitter.com/8DwEvam9KM

When a football fan takes out his smartphone and uses our solution ARISE to support his favorite team during their game, he is already entering the metaverse. He crossed the border, went beyond his physical perception of reality to discover a new world of possibilities! He is no longer just watching the game: he is experiencing it.

But this is just the beginning. Tomorrow, you can imagine having the game transported in your living room with 3D real-size avatars. You will be able to pause it, zoom in and out, walk on the field… With holograms, you will also be able to meet with your favorite player in your living room. Even if he is physically thousands of miles away, he will be able to give you a private class! But with holograms, you will also be able to meet your friend(s) in the stadium to support your team, without leaving your home. With ARISE Home, you’re bringing a part of the metaverse into your own living room. You can connect with other fans who are in the stadium or on their couch and watch the game altogether. A brand new way to connect, interact and live your fan experience has arrived.

AR experience for the DFL Supercup by Immersiv.io

Bringing the stadium experience home not only transforms the way fans live the game but also makes it accessible to a wider range of people.

Such technology will also make sports more accessible to newcomers: if you find yourself going with your little brother to a basketball game, but don’t know anything about this sport, the AR can deliver valuable information on what’s happening on the field and what the rules are. But they will also make the game more appealing by adding some extra sparkle and making it a magical experience!

AR experience for the WNBA Commissioner’s Cup by Immersiv.io